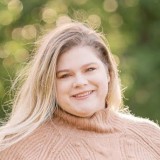 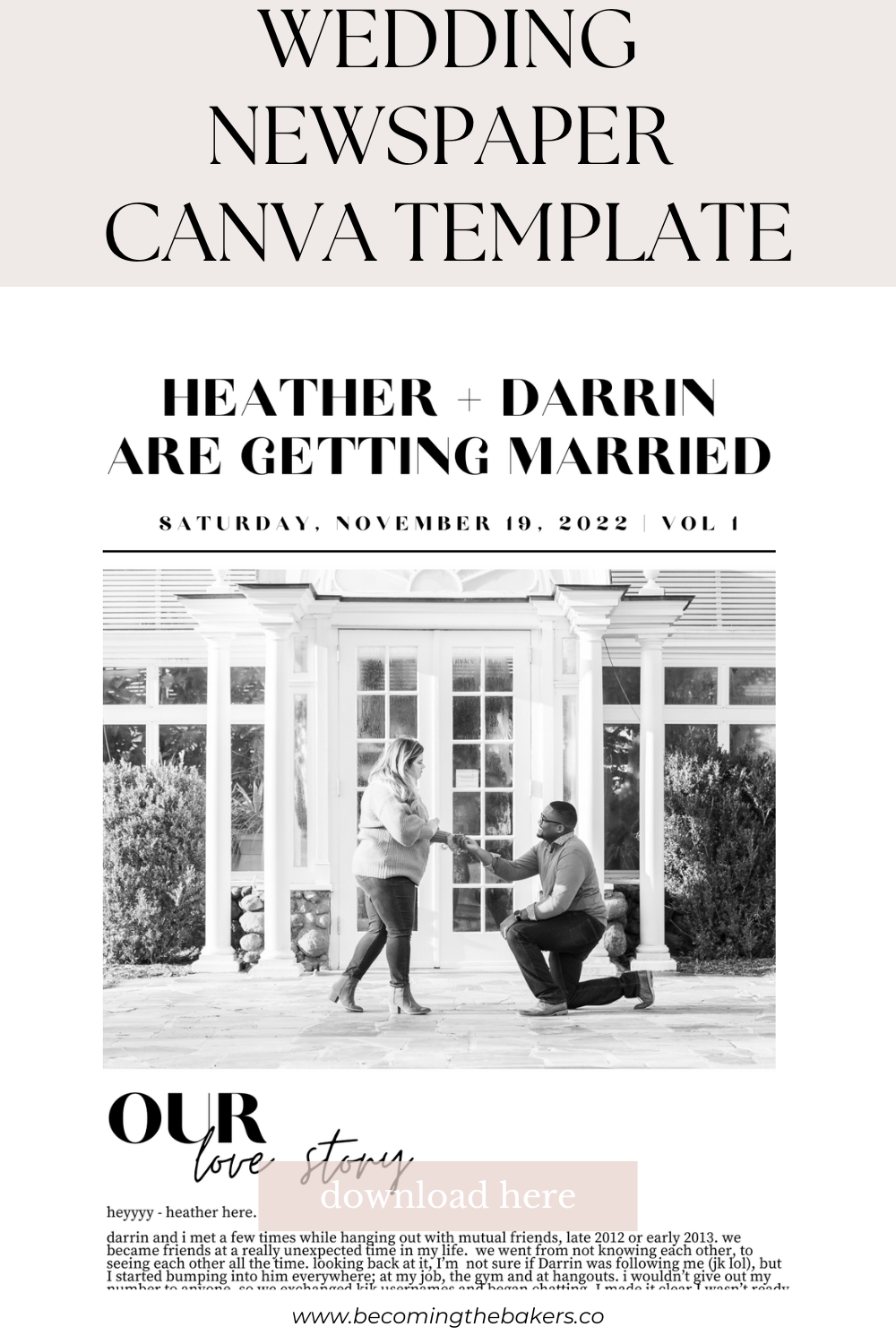 Template includes two 11×17 inch pages, front and back – so four templates all together. You can edit, add or delete text. Move around the elements to make them your own. Change the colors scheme, font style and text to fit your wedding vibe. Upload your own photos into existing frames. The file download expires after 24 hours, so be sure to download it and save a copy so you do not lose access. 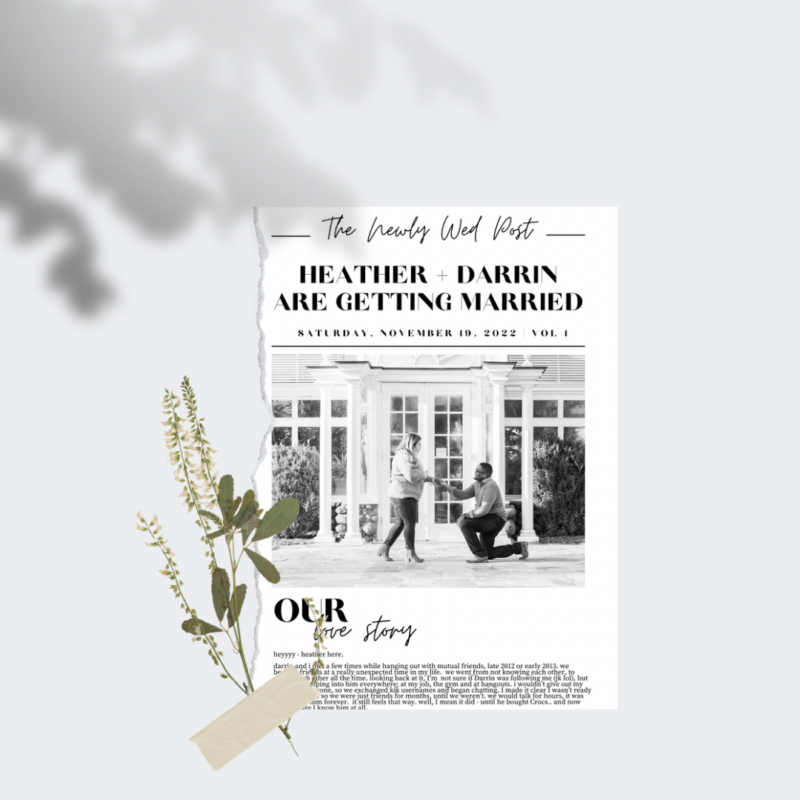 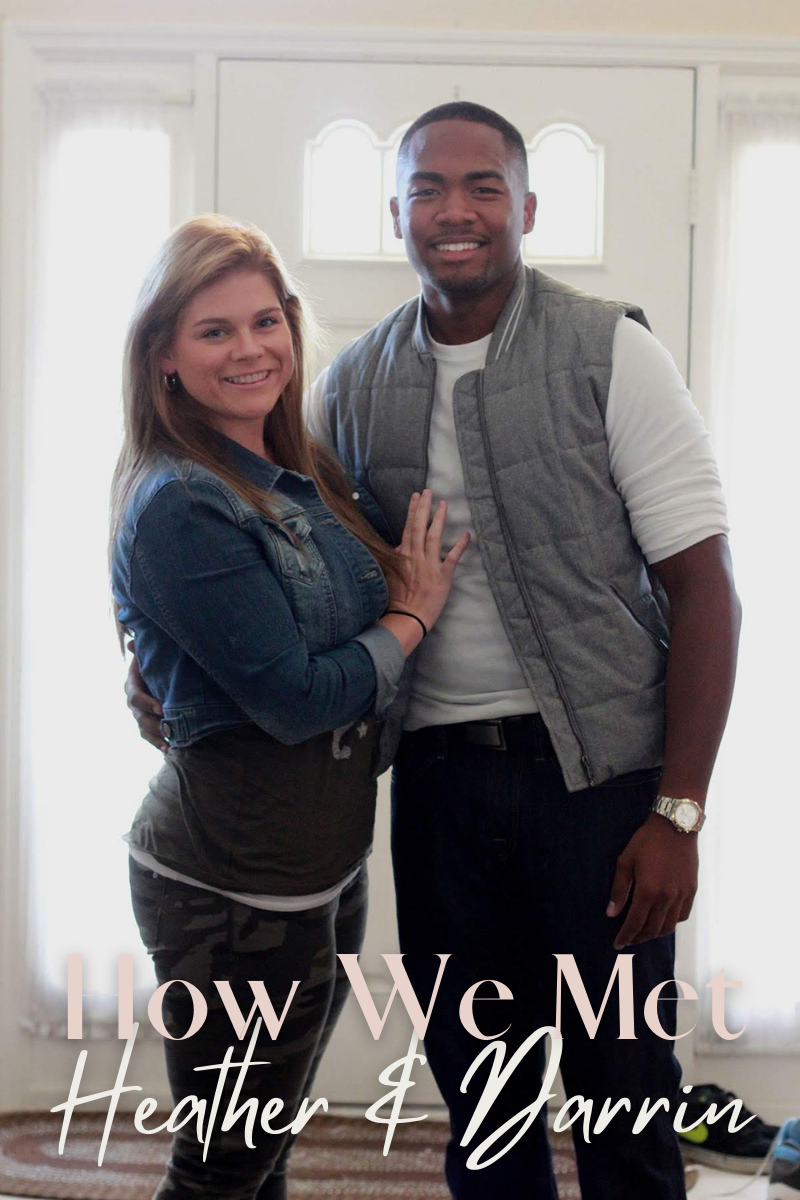 Don’t get mad at us, but we really don’t have a concrete answer to this question. We can give you a general idea, but to this day Darrin and I debate on which outing introduced us first.

Backstory: Darrin has worked at an airport for ten years. My ex boyfriend, worked at the airport briefly. During his time there he would go out with people who worked there and eventually I started making friends with them as well. When my ex and I split up, I still kept some of my ‘friends’ from the airport. He no longer worked there, so it was easy to still hang out without it being awkward.

Eventually, Darrin and I started bumping into each other at the gym. At this time I was working out twice a day and during at least one gym session I would stop and talk to him. It became a pretty consistent thing. I always had a gym partner with me, so we never worked out together. I also worked across the street from the gym at a bank, and Darrin did his banking there.

So we began seeing each other frequently outside of nights out with friends and started communicating on social media. I would say this went on for the summer of 2013 before Darrin finally asked me on a date. Which is a fun story in itself.

One night, my friend and I got to the gym and were walking toward the weights. Darrin walked out of the basketball gym and right up to us. I had no clue he was even there and we hadn’t spoke about the gym that day. The first thing he said was, ” I knew I would find you here.” (Stalker right?) But he proceeded to ask me if I wanted to go to dinner afterward and I agreed.

We went to Applebees, super close to the gym, and literally talked until the sun came up. Which is almost impossible for Darrin if you have ever met him. He is a man of few words unless you are really close to him.

From there we started spending more time together one on one and we began dating at the end of November 2013. This is the first post in our #BecomingTheBakers series so I hope you all will subscribe, get to know us and enjoy all of the wedding planning content.